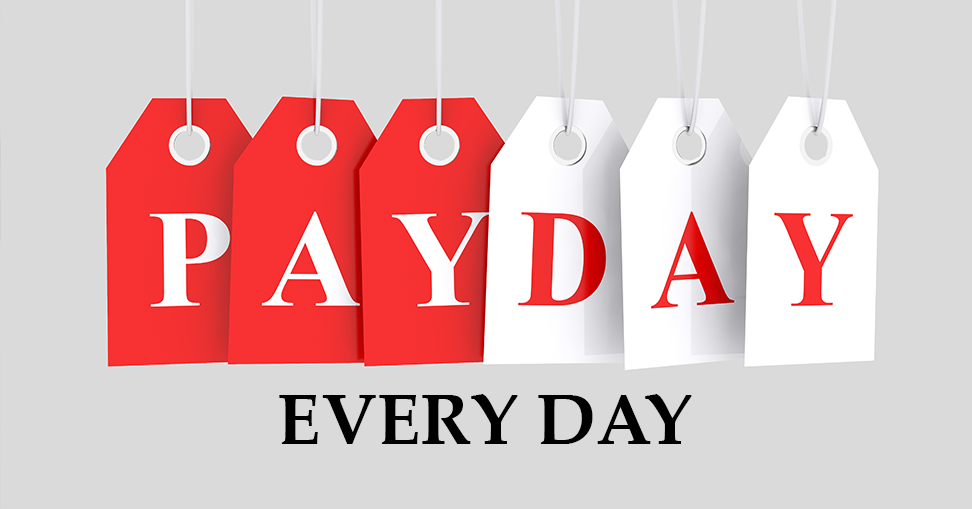 Many employers are going a new way to attract employees — pay every day. Many organizations facing tough times to recruit workers due to the uncertainty of coronavirus are throwing out an unusual benefit to persuade job seekers: an opportunity to get payments every day.

Lots of employers, especially fast-food chains such as Arby's, Jimmy John's, Taco Bell and Wendy's have shifted to this method. Besides, retailers like Big Lots, Kroger and Dollar Tree are now providing employees with the choice to take away pay from their salaries minutes after completing their shift by using smartphone apps such as DailyPay or Branch.

DailyPay Chief Marketing Officer Jeanniey Walden said, "Usually people aren't taking out $100 to go to the bar at night. They're taking out, for example, $37.10 because they have a light bill that they forgot to pay."

Basically, such applications are software add-ons to the present payroll systems such as ADP. Workers can download such apps on their iPhone or Android devices and log into them by using a company-given phone number or email. The apps show employees how much they have earned as time passes and also allow them to transfer their earnings to their connected bank accounts with just a click.

Taxes and other pay additions are automatically deducted before a customer can use the monies. Of course, taking payments every day will surely bring down the income in comparison to taking every fortnight or a month.

Despite this, these apps, in a way, are beneficial to both employees and employers. For employers, it is free to use, and employees can track how much they are making.

Usually, employees have to shell out $2.99 to take their salaries on the same day they get them. DailyPay charges $1.99, and Branch charges nearly $4.99 based on the amount a worker transfers. Although the fees may look less, they can amount to a large sum, in the long run, warns economists.

Despite all these setbacks, such apps are gaining traction. Nursing homes are the first ones that adopted this method.

Employers say increasing wages, offering perks, and daily payments are the only ways to recruit people given the tough times.